In Mortal Engines, why did Shrike let Hester go? We learn that Shrike helped raise Hester after her mother was killed and, despite supposedly not having feelings, he develops a father-like bond with her. Hester left Shrike to avenge her mother’s death, breaking her promise that she would stay and become resurrected like him.

Hester Shaw is my Ophelia. Killed “for a little while” by Skrike (secret inner heartless obsessive stalker robot). Killed meaning submerged or drown in the subconscious mind. But now Ophelia is making her escape vulnerably loving other humans. Shrike releases Hester from her promise when he realizes there is no more pain in her heart. My promise to God was never telling about the childhood abuse because my mother would die. Her death released me.

The video is excerpts from “Mortal Engines” featuring Shrike the half-man monster. It’s about the compulsive stalker robot working inside trying to protect us from pain and vulnerability by removing our heart.

The music track is Metallica’s “Enter Sandman.” My mother repeated this exact bedtime prayer used in the song every night with us before my father abused me in the night. “Should I die before I wake, I pray the Lord my soul to take.”

Say your prayers, little one
Don’t forget my son to include everyone
I tuck you in, warm within, keep you free from sin
Till the sandman he comes

Sleep with one eye open
Gripping your pillow tight

Dreams of war, dreams of liars, dreams of dragon’s fire
And of things that will bite, yeah

Sleep with one eye open
Gripping your pillow tight

Hush, little baby, don’t say a word
And never mind that noise you heard
It’s just the beasts under your bed
In your closet, in your head

I wanted to share some ideas based on what you wrote. One is you have detected / perceived things other have not or else they were afraid to mention it. I appreciate your depth.

Music sucks you right into the video.

The music is Metallica (heavy metal rock band). I don’t like most heavy metal but this song seemed to fit. It felt right thematically, poetically, and even lyrically. It’s pounding. And your right it agitates or arouses something. But it is also dark. It is about death (off to never-never land). It is about fear of things in the night. And that is when many children are abused. They become afraid of the night. Like me. Afraid to go to sleep. I literally used to sleep with my eyelids half closed. One Eye Open. My legs were crossed tight and my arms crossed across my chest with fist clenched. Always ready for fight or fight. While Terrie was gone, I slept in my clothes. Fireman style.

“Collect broken things others throw away”

Very powerful, message from abuser – you are broken, people throw you away

For the abused, there is an internal robot placed in our heads. It’s goal is to protect us from emotional pain. It removes our heart. I call this The invisible Hand. It’s when we behave in a way that is contrary or inexplicable to our true nature. Mysterious. It’s often a defensive protective move to avoid vulnerability. That is most often intimacy. We may twist our selves to find an intimacy substitute. It’s an insatiable robot stalker.

This seems odd doesn’t it. I’ve thought about that lyric, too. So here’s some thoughts: 1) Abusers often bully the victim into thinking “the abuse” is the victims fault. Or the victim deserves this kind of treatment (a sin). 2) Some abusers think their bad treatment keeps the victim safe from sin like a reverse-psychology protection. Weird I know. “No one can deflower you now – because I already did.” 3) Some abused people become pious and self-righteous. Their shame makes them contemptuous and judgmental. The become cold and frigid.

Right away before he said I’ll remake you, the being under the sheet that is revealed is her and you can tell sense this immediately. Same height, Face is free of scar. Seemed for one second her face was also free of scars, but then the rest of the video she has the scars. (I think that was my subconscious wanting her to be whole…likely the scar was their the whole time.)

She is scarred by her father accidentally while trying to protect her mother from her father’s murder attempt. He does kill her mother. She is disfigured and escapes. All victims of abuse carry emotional scars. This, of course ,resonates with me and my parents behaviors. And the smothering of our human vulnerability / intimacy “only kills us for a little while.” Then we are reborn without a heart (unable to be loved).

Her hands touching the face – very effective. She really wants this.

I hadn’t noticed it consciously but she is fascinated by the idea and horrified at the same moment. You can wear the robot mask of normalcy but you have to let your heart die. No more human feelings.

Scar face – many levels of things related to this. Good

When the guy arrives he tells her she broke her promise – very effective. You see her fear.

It’s not only fear of physical death but the death of her heart (feelings) he’s come to take. Now the real kicker here for me is I made a promise to God never to tell what happened. If I did my mom would die. That had been proven to me beyond doubt. That monster kept coming back to remind me, be silent or your mom will die.

Hester Shaw is Ophelia in my mind. She is the part of me wounded, promised (oath), running, and stalked every night by a robot who wanted to kill me (off to never-never land). Who cut out my fragile emotions. More on Ophelia later in next video review below.

Then the someone who came to rescue her, put her at risk. Teaches not to trust people.

Good point. Often I want to help abused people whether they want to be helped or not. They are not ready and don’t want to go into the pit of despair. I feel rejected (Ophelia Rejected). They’d rather ignore or avoid remembering those feelings. Of course, that then means they can’t be cured. Why? Because they can’t be intimate and trust. They can never fall into the arms of another for fear of being dropped again (betrayed).

She rescues him back when she throws the man the knife and he cuts the “tie” Good metaphor.

The Pearl Girl effect – saving reciprocity. Another good observation. Cutting the (umbilical) cord. Shrike the robot has been her protector. She has a new protector now. A healthier one.

“Sorry, keep you free from sin”? Did I hear that right in the script. If so, poetic, since she is “sinned again” by this being sometime early in her life.

You have the same response to the phrase about “sin” in the song sound track I do. It bugs me somehow and I wonder, “What does that mean?” What does it have to do with monsters in the night? Or does it have to do with the idea we feel perpetually unworthy of love because we are dirty. All abused child feel unworthy. Religion can foment that. Religion can be a tool or a weapon.

Her – “This is their version.” Very effective.

She then pauses on the bridge and the man in ahead of her heading towards the being. The man looks back at her and tells her to come in. She is afraid to go but then does.

She then faces the bad dude and says “I’m the one you came for. Let him go.” He can’t initially, then his eyes are no longer green – good.

His anger dies with sudden realization. Her heart is no longer full of pain. He doesn’t need to remove it any longer. The obsessive mission is aborted. She is in love.

“You love him. I release you from your promise.” CRAZY EFFECTIVE.

Fantastically poetic. And oddly, the music fits. The pounding beat. It takes a message to your core and you may not even know what it is. But it is loving our self and feeling loved cures. Cures what? The brokenness, the compulsion, the memory of pain, the parental betrayal. Even though Hester Shaw is scarred, she is beautiful.

And as he dies, he remembers his own humanity. He was human once. He wanted to take away her pain because he loved her. Misguided: like a mother drowning her child to keep him from his abusive father. Take him or her to heaven. This death scene is full of deep meanings. And she loved the robot. She is distressed he is dying. He protected her and kept her alive. But she no longer needs to have her “emotions” surgically removed. She can be vulnerable and intimate again.

This object plays an important part in the big story of “Mortal Engines”. It was a gift from her dying mother and has a secret key inside. A key to power.

EXCELLENT – going back in time to young – either felt safe or good, or thought safe?

However, end leaves you feeling better but obviously unsettled. The whole story is not truly known of what happened (how true is this for those recovering from trauma!!), and does she really feel safe. She is released however, of the promise. 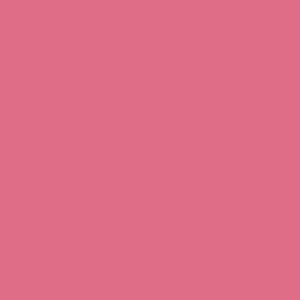